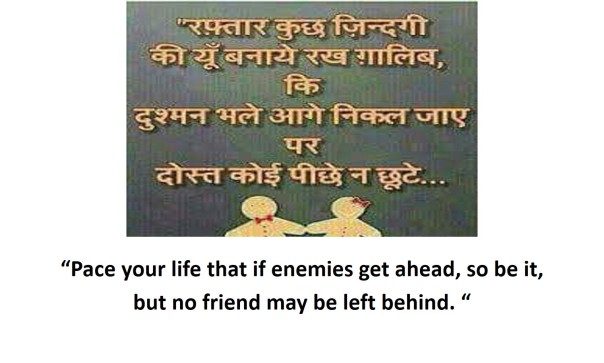 An edited extract from an article by Charlotte Blease in The Guardian:

How should educationalists prepare young people for civic and professional life in a digital age? Luddite hand-wringing won’t do. Redoubling investment in science, technology, engineering and maths (Stem) subjects won’t solve the problem either: hi-tech training has its imaginative limitations.

In the near future school-leavers will need other skills. In a world where technical expertise is increasingly narrow, the skills and confidence to traverse disciplines will be at a premium. We will need people who are prepared to ask, and answer, the questions that aren’t Googleable: like what are the ethical ramifications of machine automation? What are the political consequences of mass unemployment? How should we distribute wealth in a digitised society? As a society, we need to be more philosophically engaged.

“The teaching of philosophy is one of the most powerful tools we have at our disposal to empower children into acting as free and responsible subjects in an ever more complex, interconnected, and uncertain world. Philosophy in the classroom offers a “path to a humanistic and vibrant democratic culture”.”

(In 2013, as Ireland struggled with the after-effects of the financial crisis, Higgins launched a nationwide initiative calling for debate about what Ireland valued as a society. The result is that for the first time in a country once deemed “the most Catholic country” philosophy was introduced into Irish schools in September as an optional course for 12-16 year-olds to reflect on questions that — until now — have been glaringly absent from school curriculums)

Thinking and the desire to understand don’t come naturally — contrary to what Aristotle believed. Bertrand Russell came closer when he said, “Most people would rather die than think; many do.” While we may all have the capacity for philosophy, it is a capacity that requires training and cultural nudges. If the pursuit of science requires some cognitive scaffolding, as American philosopher Robert McCauley argues, then the same is true of philosophy.

Philosophy is difficult. It encompasses the double demand of strenuous labour under a stern overseer. It requires us to overcome personal biases and pitfalls in reasoning. This necessitates tolerant dialogue, and imagining divergent views while weighing them up. Philosophy helps kids — and adults — to articulate questions and explore answers not easily drawn out by introspection or Twitter. At its best, philosophy puts ideas, not egos, front and centre.

Philosophy won’t bring back the jobs. It isn’t a cure-all for the world’s current or future woes. But it can build immunity against careless judgments, and unentitled certitude. Philosophy in our classrooms would better equip us all to perceive and to challenge the conventional wisdoms of our age.

Sounds good but tough to roll out. May be there are established pedagogical ways to tackling these intractable questions and teach in class-rooms. 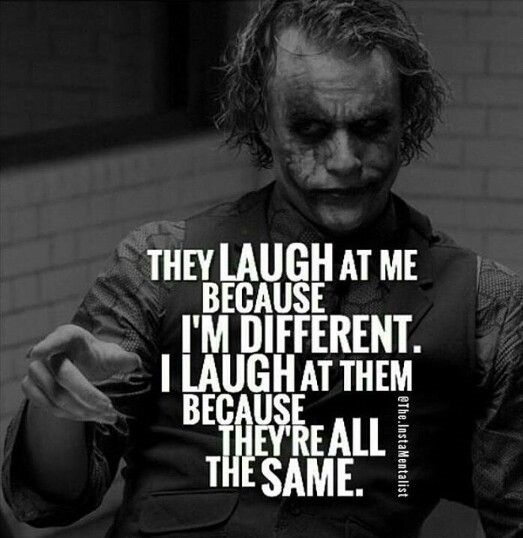 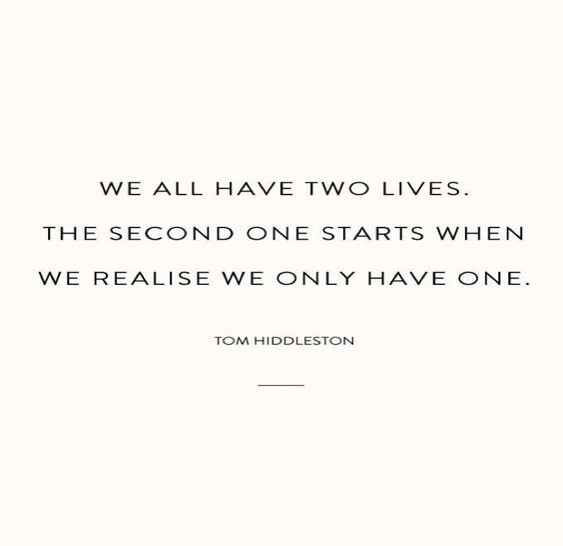 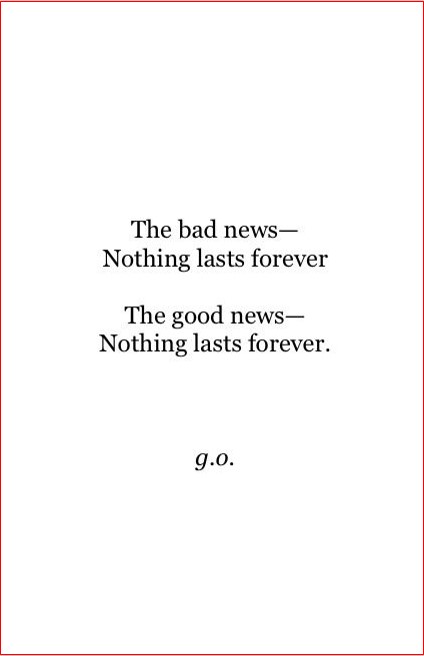 About This And That 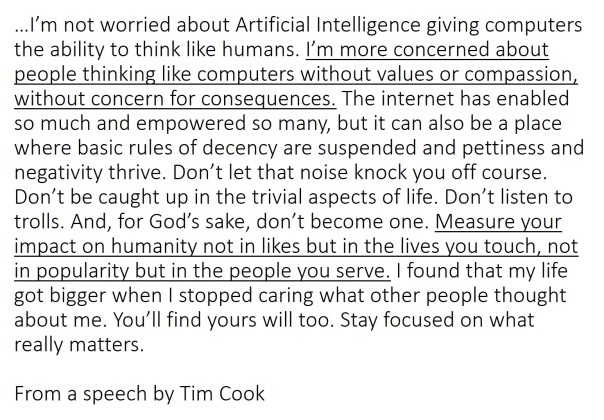 I was intrigued by the comments the clip had attracted, many harsh. Regardless of what kind of a person he is in his life or whether this is practiced by Apple, there’s wisdom in his words. Can’t we  let him out at that?

Incidentally much of it might be said about life outside of Internet as well, I thought.

The weather was threatening to turn for the worse accompanied by lightning and thunder dazzling the sky with their fireworks. The trees were swaying perilously to heavy winds. 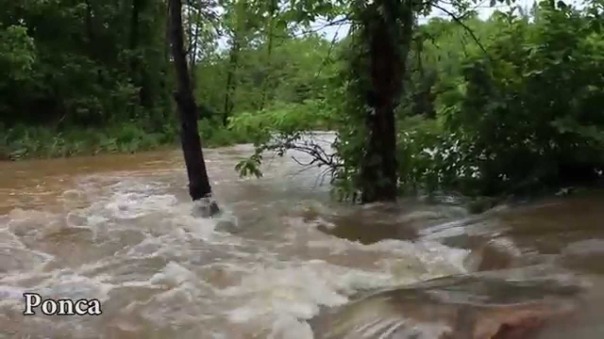 A little sparrow struggling to hold itself aloft approached a large tree standing on the banks of a river seeking shelter.

The tree refused point-blank asking it to go somewhere else, all its pleas falling on deaf ears.  Thereupon the dejected sparrow went up to another tree that was located some distance away. The second tree obliged, taking the bird under its wings and ending its search.

Shortly after, the clouds unloaded their goods with a ferocity that caused the river to swell in no time and break its banks.  The deluge washed away the ground soil causing the trees standing on the banks to topple.

The sparrow was saddened to see the nay-saying tree falling down and being swept away mercilessly by the raging water currents.

The tree too spotted the sparrow on a safe perch just in time to utter these words before disappearing from sight: ‘This was certain to happen. Now you know…’