A woman was traveling in the mountains.

On the way she found a large sapphire stone in a stream.

The next day she was joined by another traveler, a professional prospector who appeared to be long gone without luck. And, food.

The woman broke her journey, paused under a tree, opened her bag and shared her bread.

The famished traveler came back to life.

As they got ready to resume their interrupted journey, the traveler noticed the precious stone inside her bag.

His eyes bulged. He requested the woman to take it out and show him. He was ‘salivating’ as he held it in his hand. 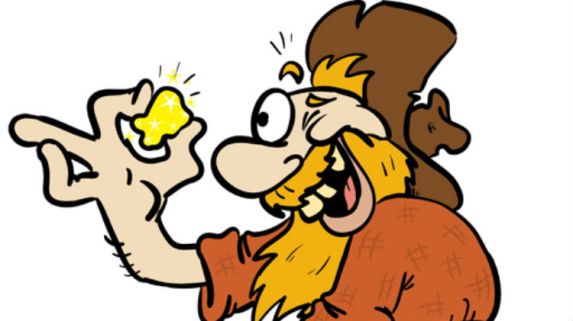 Looking at his excitement, the woman readily offered for him to have the stone all for himself.   Delighted at this unexpected turn of fortune, he took the stone and made a hasty departure for the fear of the woman changing her mind. He knew the stone was worth enough to provide for him comfortably all his life.

A few days later he was found retracing his way back to meet up with the woman.

“I’ve been thinking,” he said, “I know how valuable the stone is, but I return it to you in the hope you’ll part with something even more precious.”

“You’re sadly mistaken. I’ve nothing else of any value.”

“Kindly give me what you have within you that enabled you to give away the stone so magnanimously.”

6 thoughts on “A Traveler’s Choice”